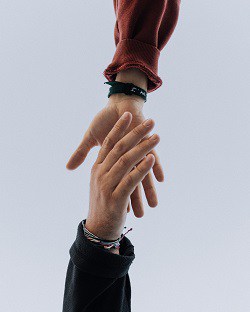 
What are you going to do about it?

The above question is out of place. It is an illogical next event to follow any one of the listed wrongs. You are probably getting ahead of me right now by saying, "Of course, you have to ask first whether to do anything." Demonstrating that insight is a good step in the right direction. Is it the best possible first response?

There is a step that should come before you decide whether to do anything. First you must know what is currently going on. If your aim in life is to right all wrongs, consider the waste of your energy if you are only tilting at windmills. The title of this article is your hint: your first concern is to perceive what is deficient.

Let's pause for some background considerations. Today's discussion goes nowhere if we do not get completely into the mind of the other party. We do not know what is happening if we do not know the mental state of the person acting out. The visible behavior might be expressing, or it might be cloaking, that party's state of mind.

The above examples can be carried out with malice, but they can also be carried out from misdirected conviction. Most of the time, we humans think we are acting rationally. We believe sincerely in what we are doing. Sadly, even the victims of the most serious misinformation act on the premise that their information is correct.

Incorrect behavior is evidence of incorrect information. The value of taking action depends on the accuracy of understanding. An uninformed party is not positioned to make corrections. Furthermore, the party with the better grasp is expected to extend empathy to the misbehaver.

An empty barrel makes the most noise. The above perpetrators are displaying their empty barrels. The bad behavior is not malice so much as it is a cry for help. There is no joy in disparaging the emptiness. Our purpose is to put substance into the barrel.

These thoughts will temper our impulses as we progress from understanding the circumstances to asking whether to act. Without self-righteousness, I consider how to share from my barrel. If I can do that, both parties are improved. To share effectively, we must sense that of ourselves in others. It is a beginning to recognize "If I believed that, I would act that way, too." That establishes a common understanding and personalizes my response to the other party.

Once there is deep understanding of circumstances, we can move on to the questions whether to act and what action to take. Absent understanding, anything we do will be seen as blind reaction. That is a passive stance; we are letting outside events direct us. Thoughtful response based on feeding empty barrels will be active. It will be putting something into the situation that improves it.

The "bad actors" described above suffer from insecurity. Basing their behavior on inaccurate beliefs, they become defensive when their efforts turn out wrong. Perpetrators crying for help are not spreading their happiness.

Let us distinguish cases of endangerment. Some of the above scenarios can be harmful. Correct responses include protecting the innocent. I would attempt to put myself out of range of harm, and sometimes that would involve a social response-a collective defense. My plea for understanding is not a call to inaction in the face of danger.

That said, I return to the discussion of terrible events as it pertains to helping victims of misinformation. The emptiest barrels are typically the loudest because of their own insecurity. If the power of the argument is lacking, the speaker is likely to start shouting to prevail. That of course contributes nothing to filling the barrel with better material.

Feeling secure typically makes a speaker calmer. Those who are dispensing genuine content initiate constructive exchange. They are not limited to reacting and lashing out against others. There is no hate language in the camp of those who understand. The confident ones enrich others without belittling them. If our decision is to take action after a terrible situation, it will be aimed at calming the insecure, not making them even more desperate by tearing them down.

Thus far we are determined to return good for evil. While protecting our safety, we govern ourselves without vindictiveness or retaliation. We are united toward ameliorating terrible situations. Our goal is improvement, not conquest. Merely contradicting is inadequate to achieve progress.

A lobbying training group poses the question "Do you want to be heard, or do you want to be effective?" Truth does not prevail by shouting louder or buying more advertising. Credibility spreads truth where power and coercion cannot.

That practical wisdom applies directly to my opening example of the foul-mouthed dinner guest. An immediate contradiction will surely make the person defensive and spoil the atmosphere for all present. I've heard of people who can get away with saying, "You don't really believe that, do you?" However, I don't think I have the gracious social stature to make that sound non-combative.

My mind searches first for indirection, which I will describe. Instead of responding directly, launching a head-on contradiction, I look for a way of directing attention away from an innocent target, or of initiating a positive element that redirects the train of thought to a higher level. The new direction becomes a learning environment.

Let me leave it to the reader to evaluate this possibility: perhaps I could say, "I must be lucky; I've never experienced that problem you're having." If the loudmouth was badmouthing the government or a racial group, for example, I'm not calling zem a liar, I'm merely pointing out that there is another perspective. I do use that solution frequently when people criticize religions. I'm almost always equipped with a story of exemplary behavior. If I say it right, without any direct accusation, the conversation has turned from a tone of condemnation to one of appreciation.

On the other hand, I have survived experiences that I was not able to doctor in the moment. Sometimes I'm satisfied to escape unharmed (at least not make the unjust punishment worse). In those cases, I still feel responsible for trying to correct the misconceptions, but on neutral ground at a different time. That's roughly what we call reputation: people accept my practice of holding my peace because they know that my general behavior wages peace in all places. That persona soothes the immediate wound without direct confrontation.

I describe living the peace I want to share. The word "terrible" in my opening shows that I take rudeness seriously. The ensuing discussion is my approach to taking the venom out of poisoned situations. I mean to be actively constructive, rather than reactively confrontational. Overtly challenging is negative. Our terrible situations cry for something positive. Contributing a gentle spirit is balm of healing as I inject myself enough to soothe and not enough to irritate.

The above article reeks of prejudice by assuming I should be an agent of improvement. What makes me the judge of which position is better? Although the reasoning appears rational, in this discussion the most opinionated party is I.


Photo by Austin Kehmeier on Unsplash

Being For Others Blog copyright © 2021 Kent Busse